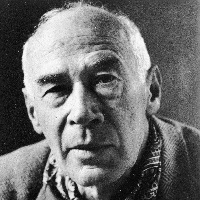 We Enjoy Being the Slave

How we hate to admit that we would like nothing better than to be the slave! Slave and master at the same time! For even in love the slave is always the master in disguise. The man who must conquer the woman, subjugate her, bend her to his will, form her according to his desires—is he not the slave of his slave? How easy it is, in this relationship, for the woman to upset the balance of power! The mere threat of self-dependence, on the woman’s part, and the gallant despot is seized with vertigo. But if they are able to throw themselves at one another recklessly, concealing nothing, surrendering all, if they admit to one another their interdependence, do they not enjoy a great and unsuspected freedom? The man who admits to himself that he is a coward has made a step towards conquering his fear; but the man who frankly admits it to every one, who asks that you recognize it in him and make allowance for it in dealing with him, is on the way to becoming a hero.

Such a man is often surprised, when the crucial test comes, to find that he knows no fear. Having lost the fear of regarding himself as a coward he is one no longer: only the demonstration is needed to prove the metamorphosis. It is the same in love. The man who admits not only to himself but to his fellowmen, and even to the woman he adores, that he can be twisted around a woman’s finger, that he is helpless where the other sex is concerned, usually discovers that he is the more powerful of the two. Nothing breaks a woman down more quickly than complete surrender. A woman is prepared to resist, to be laid siege to: she has been trained to behave that way. When she meets no resistance she falls headlong into the trap.

To be able to give oneself wholly and completely is the greatest luxury that life affords. Real love only begins at this point of dissolution. The personal life is altogether based on dependence, mutual dependence. Society is the aggregate of persons all interdependent. There is another richer life beyond the pale of society, beyond the personal, but there is no knowing it, no attainment possible, without firs traveling the heights and depths of the personal jungle. To become the great lover, the magnetiser and catalyzer, the blinding focus and inspiration of the world, one has to first experience the profound wisdom of being an utter fool.

The man whose greatness of heart leads him to folly and ruin is to a woman irresistible. To the woman who loves, that is to say. As to those who ask merely to be loved, who seek only their own reflection in the mirror, no love however great, will ever satisfy them. In a world so hungry for love it is no wonder that men and women are blinded by the glamour and glitter of their own reflected egos. No wonder that the revolver shot is the last summons. No wonder that the grinding wheels of the subway express, though they cut the body to pieces, fail to precipitate the elixir of love. In the egocentric prism the helpless victim is walled in by the very light which he refracts. The ego dies in its own glass cage...