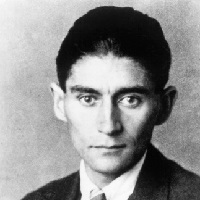 To Be a Bachelor

It seems so dreadful to be a bachelor, to become an old man struggling to keep one's dignity while begging for an invitation whenever one wants to spend an evening in company, having to carry one's meal home in one's hand, unable to expect anyone with a lazy sense of calm confidence, able only with difficulty and vexation to give a gift to someone, having to say good night at the front door, never being able to run up a stairway beside one's wife, to lie ill and have only the solace of the view from one's window when one can sit up, to have only side doors in one's room leading into other people's living rooms, to feel estranged from one’s family, with whom one can keep on close terms only by marriage, first by the marriage of one's parents, then, when the effect of that has worn off, by one's own, having to admire other people's children and not even being allowed to go on saying: “I have none myself,” never to feel oneself grow older since there is no family growing up around one, modeling oneself in appearance and behavior on one or two bachelors remembered from our youth.