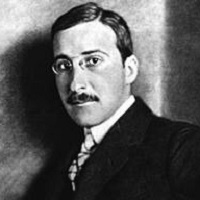 The Man Who Rejects a Woman

For when a woman resists an unwelcome passion, she is obeying to the full the law of her sex; the initial gesture of refusal is, so to speak, a primordial instinct in every female, and even if she rejects the most ardent passion she cannot be called inhuman. But how disastrous it is when fate upsets the balance, when a woman so far overcomes her natural modesty as to disclose her passion to a man, when, without the certainty of its being reciprocated, she offers her love, and he, the wooed, remains cold and on the defensive! An insoluble tangle this, always; for not to return a woman's love is to shatter her pride, to violate her modesty. The man who rejects a woman's advances is bound to wound her in her noblest feelings. In vain, then, all the tenderness with which he extricates himself, useless all his polite, evasive phrases, insulting all his offers of mere friendship, once she has revealed her weakness! His resistance inevitably becomes cruelty, and in rejecting a woman's love he takes a load of guild upon his conscience, guiltless though he may be. Abominable fetters that can never be cast off!

Stefan Zweig, in 'Beware of Pity'