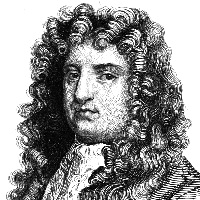 The Best of Life is Known after Death

He or she who has made the best of the life after death has made the best of the life before it; who cares one straw for any such chances and changes as will commonly befall him here if he is upheld by the full and certain hope of everlasting life in the affections of those that shall come after? If the life after death is happy in the hearts of others, it matters little how unhappy was the life before it.
Homer and Shakespeare speak to us probably far more effectually than they did to the men of their own time, and most likely we have them at their best. I cannot think that Shakespeare talked better than we hear him now in "Hamlet" or "Henry the Fourth"; like enough he would have been found a very disappointing person in a drawing-room. People stamp themselves on their work; if they have not done so they are naught; if they have we have them; and for the most part they stamp themselves deeper in their work than on their talk. No doubt Shakespeare and Handel will be one day clean forgotten, as though they had never been born. The world will in the end die; mortality therefore itself is not immortal, and when death dies the life of these men will die with it - but not sooner. It is enough that they should live within us and move us for many ages as they have and will. Such immortality, therefore, as some men and women are born to, achieve, or have thrust upon them, is a practical if not a technical immortality, and he who would have more let him have nothing.

Samuel Butler, in 'How to Make the Best of Life'