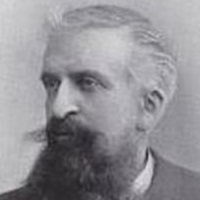 The Advantages of the Crowd

It is not only by his acts that the individual in a crowd differs essentially from himself. Even before he has entirely lost his independence, his ideas and feelings have undergone a transformation, and the transformation is so profound as to change the miser into a spendthrift, the sceptic into a believer, the honest man into a criminal, and the coward into a hero. The renunciation of all its privileges which the nobility voted in a moment of enthusiasm during the celebrated night of August 4, 1789, would certainly never have been consented to by any of its members taken singly.
The conclusion to be drawn from what precedes is, that the crowd is always intellectually inferior to the isolated individual, but that, from the point of view of feelings and of the acts these feelings provoke, the crowd may, according to circumstances, be better or worse than the individual. All depends on the nature of the suggestion to which the crowd is exposed. This is the point that has been completely misunderstood by writers who have only studied crowds from the criminal point of view. Doubtless a crowd is often criminal, but also it is often heroic. It is crowds rather than isolated individuals that may be induced to run the risk of death to secure the triumph of a creed or an idea, that may be fired with enthusiasm for glory and honour, that are led on - almost without bread and without arms, as in the age of the Crusades - to deliver the tomb of Christ from the infidel, or, as in '93, to defend the fatherland. Such heroism is without doubt somewhat unconscious, but it is of such heroism that history is made. Were peoples only to be credited with the great actions performed in cold blood, the annals of the world would register but few of them.