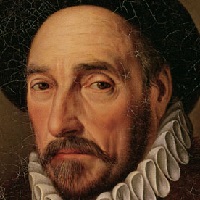 The Advantage of not Having much Memory

There is not a man living whom it would so little become to speak from memory as myself, for I have scarcely any at all, and do not think that the world has another so marvellously treacherous as mine. My other faculties are all sufficiently ordinary and mean; but in this I think myself very rare and singular, and deserving to be thought famous.
(…) However, I derive these comforts from my infirmity: first, that it is an evil from which principally I have found reason to correct a worse, that would easily enough have grown upon me, namely, ambition; the defect being intolerable in those who take upon them public affairs. That, like examples in the progress of nature demonstrate to us, she has fortified me in my other faculties proportionably as she has left me unfurnished in this; I should otherwise have been apt implicitly to have reposed my mind and judgment upon the bare report of other men, without ever setting them to work upon their own force, had the inventions and opinions of others been ever been present with me by the benefit of memory.
That by this means I am not so talkative, for the magazine of the memory is ever better furnished with matter than that of the invention. Had mine been faithful to me, I had ere this deafened all my friends with my babble, the subjects themselves arousing and stirring up the little faculty I have of handling and employing them, heating and distending my discourse, which were a pity: as I have observed in several of my intimate friends, who, as their memories supply them with an entire and full view of things, begin their narrative so far back, and crowd it with so many impertinent circumstances, that though the story be good in itself, they make a shift to spoil it; and if otherwise, you are either to curse the strength of their memory or the weakness of their judgment.