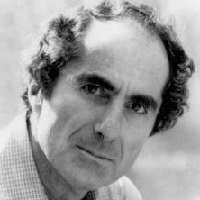 Talking All the Time

What had happened in these ten years for there suddenly be so much to say — so much so pressing that it couldn’t wait to be said? Everywhere I walked, somebody was approaching me talking on a phone and someone was behind me talking on a phone. Inside the cars, the drivers were on the phone. When I took a taxi, the cabbie was on the phone. For one who frequently went without talking to anyone for days at a time, I had to wonder what that had previously held them up had collapsed in people to make incessant talking into a telephone preferable to walking about under no one's surveillance, momentarily solitary, assimilating the streets through one’s animal senses and thinking the myriad thoughts that the activities of a city inspire. For me it made the streets appear comic and the people ridiculous. And yet it seemed like a real tragedy, too. To eradicate the experience of separation must inevitably have a dramatic effect. What will the consequence be? You know you can reach the other person anytime, and if you can't, you get impatient—impatient and angry like a stupid little god.