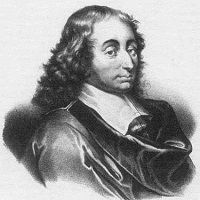 How difficult it is to submit anything to the judgement of another, without prejudicing his judgement by the manner in which we submit it! If we say, «I think it beautiful», «I think it obscure», or the like, we either entice the imagination into that view, or irritate it to the contrary. It is better to say nothing; and then the other judges according to what really is, that is to say, according as it then is and according as the other circumstances, not of the way we have placed it. But we at least shall have added nothing, unless it be that silence also produces an effect, according to the turn and the interpretation which the other will be disposed to give it, or as he will guess it from gestures or countenance, or from the tone of the voice, if he is a physiognomist. So difficult is it not to upset a judgement from its natural place, or, rather, so rarely is it firm and stable!