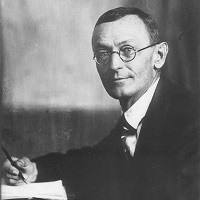 Every Ego is a Chaos

Every ego so far from being a unity is in the highest degree a manifold world, a constellated heaven, a chaos of forms, of states and stages, of inheritances and potentialities. It appears to be a necessity as imperative as eating and breathing for everyone to be forced to regard this chaos as a unity and to speak of his ego as though is was a one-fold and clearly detached and fixed phenomenon. Even the best of us shares this delusion.