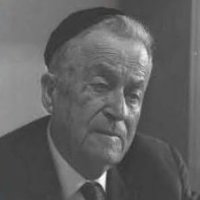 1 Text 7 Quotes
There is another kind of influence, which I have received from every man, every woman, every child I have encountered along my way, both Jews and non-Jews. People's talk and the stories they tell have been engraved on my heart, and some of them have flown into my pen. It has been the same way with the spectacles of nature.

Speech at the Nobel Banquet in Stockholm, 1966
Shmuel Yosef Agnon