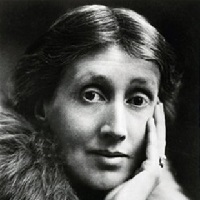 What is Meant by Reality?

What is meant by "reality"? It would seem to be something very erratic, very undependable — now to be found in a dusty road, now in a scrap of newspaper in the street, now a daffodil in the sun. It lights up a group in a room and stamps some casual saying. It overwhelms one walking home beneath the stars and makes the silent world more real than the world of speech—and then there it is again in an omnibus in the uproar of Piccadilly. Sometimes, too, it seems to dwell in shapes too far away for us to discern what their nature is. But whatever it touches, it fixes and makes permanent. That is what remains over when the skin of the day has been cast into the hedge; that is what is left of past time and of our loves and hates.

Virginia Woolf, in 'A Room of One's Own'

A Room of One's Own