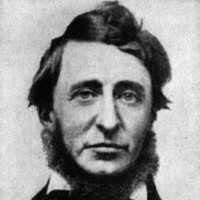 Society Is Commonly Too Cheap

Society is commonly too cheap. We meet at very short intervals, not having had time to acquire any new value for each other. We meet at meals three times a day, and give each other a new taste of that old musty cheese that we are. We have had to agree on a certain set of rules, called etiquette and politeness, to make this frequent meeting tolerable and that we need not come to open war. We meet at the post-office, and at the sociable, and about the fireside every night; we live thick and are in each other's way, and stumble over one another, and I think that we thus lose some respect for one another. Certainly less frequency would suffice for all important and hearty communications. Consider the girls in a factory - never alone, hardly in their dreams. It would be better if there were but one inhabitant to a square mile, as where I live. The value of a man is not in his skin, that we should touch him.